According to this family divorce attorney when you go through the process of divorce, you want to make it as pain-free and short as possible not only for yourself but for your children and anyone else involved. The proper representation can ensure that this is a possibility. Kip Shepherd is an expert divorce lawyer in Athens.

Kip isn’t an advocate for divorce, but he is an advocate for those going through divorce. When you choose to hire Kip to represent you in Athens, you get over 20 years experience and a long list of proven resolutions. From custody trials, alimony, property division trials, contested contempt hearings, or modification trials, Kip Shepherd is the one to hire. We have the experience and the expertise to help you get through this difficult matter in the easiest manner available. Kip will include you in the entire process. When he represents you, you have not only a lawyer but the law on your side. He understands the sensitivity and the challenges that go into getting a divorce. He helps bring resolution to your life.

What To Look For In An Athens GA Divorce Attorney

Communication: When you choose an Athens GA divorce attorney, there are a few things to consider. The most common complaint involving divorce attorneys is that there was not good communication between the attorney’s office (or the attorney) and the client. When you work with Kip Shepherd, the divorce lawyer knows communication is essential for giving us the best information and the best outcomes. We make a commitment to providing an open communication channel so we can work effectively for you.

Experience: When it comes to experience, there aren’t many Athens GA divorce attorneys with more experience. Kip has been practicing law for over 22 years, and has seen all types of divorce cases, and how to resolve them. Each case is different and we understand that there isn’t a template for success, but we know how to guide you through the difficult process of divorce, if your country has no fault divorce, this makes divorcing easier.

Shared Values: When you hire an Athens GA divorce attorney, it is important that you share the same values and you can work well together. We invite you to give us a call so we can discuss your divorce. This will help you decide if Kip Shepherd is the right attorney to assist you with your divorce needs. 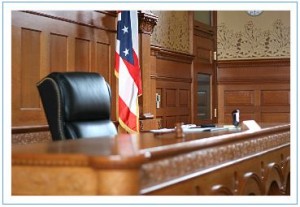 Kip Shepherd has handled Athens GA divorce cases for over 24 years. Many divorces can be settled through mediation. According to this divorce lawyer if one spouse is not being reasonable it is necessary to appear before a Judge. Kip Shepherd has the experience to settle those cases which can be settled and aggressively litigate the cases which need to be litigated. Uncontested divorces in Athens-Clarke County take from 45-60 days from the date the divorce is filed. Legal separation is handled similar to a divorce. The primary difference is the parties cannot remarry.

Why you need an Athens GA divorce attorney:

FAQs about Divorce in Athens Ga

Q – Does Georgia have a “no fault” divorce (the spouse that is filing for divorce does not have to prove any fault on the part of the other spouse)?

A – Absolutely hire a good divorce attorney! The judge is the one who will make a decision about what will happen to the assets, not your spouse. A good lawyer will be able to fight for you and your rights throughout the divorce. 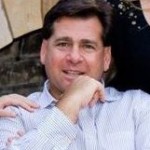 With more than 25 years of experience as a prosecutor, criminal defense lawyer and divorce/custody trial attorney, Attorney Kip Shepherd has an understanding of the law that can serve you well.