If you live in Jefferson and are going through a divorce, Kip Shepherd has an office nearby in the Athens/Watkinsville area. He can also come to you. His expertise translates into a sound source of legal advice. A divorce does not need to be more difficult than it already is, and having the right representation by your side can make all the difference.

Kip Shepherd is an advocate for those going through divorce. Kip has 20 years experience on his side and a long list of successful solutions. Whether your divorce involves custody trials, alimony trials, property division trials, contested contempt hearings, or modification trials, we can answer all of your legal questions and concerns. Our knowledge and experience can ease this process for you, even if children or valuable assets are involved.

Kip will communicate with you throughout the entire process. He strives to make sure the proper restraints of the law give you the best advantage throughout this process.  The sensitivity and the challenges that go into getting a divorce require a compassionate lawyer. He will be able to help bring about amity through resoltion.

What To Look For In A Jefferson GA Divorce Attorney

Experience: When it comes to experience, there aren’t many Jefferson GA divorce attorneys with more experience. Kip has been practicing law for over 22 years, and has seen all types of divorce cases, and how to resolve them. Each case is different and we understand that there isn’t a template for success, but we know how to guide you through the difficult process of divorce.

Shared Values: When you hire a Jefferson GA divorce attorney, it is important that you share the same values and you can work well together. We invite you to give us a call so we can discuss your divorce. This will help you decide if Kip Shepherd is the right attorney to assist you with your divorce needs. 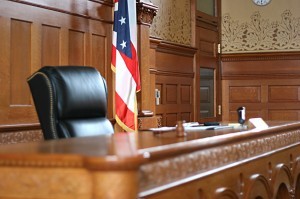 Kip Shepherd has handled Jefferson GA divorce cases for over 24 years. Many divorces can be settled through mediation. However, if one spouse is not being reasonable it is necessary to appear before a Judge. Kip Shepherd has the experience to settle those cases which can be settled and aggressively litigate the cases which need to be litigated. Uncontested divorces in Jackson County take from 45-60 days from the date the divorce is filed. Legal separation is handled similar to a divorce. The primary difference is the parties cannot remarry.

Why you need a Jefferson GA divorce attorney:

FAQs about Divorce in Jefferson Ga

Q – Does Georgia have a “no fault” divorce (the spouse that is filing for ivorce does not have to prove any fault on the part of the other spouse)?

A – Absolutely hire a good attorney! The judge is the one who will make a decision about what will happen to the assets, not your spouse. A good lawyer will be able to fight for you and your rights throughout the divorce.